How To Pose :D 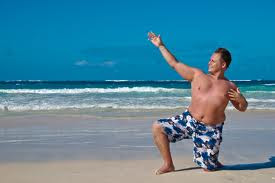 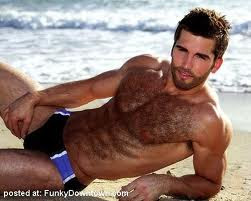 after watching my friend's picture and most of it or maybe i should say most of them look so nice.. macho and handsome or there's an element in there..
somehow i doesn't see that element in all the picture that have me inside (T_T)
i just feel "o my is that me in that picture?" what am i doing there it just spoil the photoes because i look as stifff as a wood!!! (~_~)


so i decided to make this post and keep it.. look a bit awkward but i need to make myself think of
how can a guy pose so i'll look better in the mere future when i want to join in a photograph session
some look so sexy but will do la.. as long as i'm in a cloths it'll look just like a normal posing for a guy.. i doubt myself will dare to even pose the one on the beach :P
Posted by nightangel87 at 23:08 1 comment:

can't even leave a post about my own feeling.. :(
bad feeling about other always come because i can't supress it..
when guilt took over me.. silent always the best medicine for me..
still trying to act dunno..

sorry for all the ill manner and same feeling will come back just the matter of time..
but for the time being everything is supress by guilts...
i hope there's a guild nearby that can store and share my guilt..

can't find the person tat can share my feeling without letting the whole world know..
not even the friend i usually hang out with...

what prove i need to know that person can keep my secret? i don't know because i need to tell a secret then observe i think.. but i often forget stuff easily.. even my secret become not a secret later.. so wat secret i have.. only guilt will sweep everything away..

1 conclusion when guilt come in my way.. apologise to the person that i feel i make then sad or miserable, angry or emotioned..( my best friend teach me: if you think you did something wrong just apologise to them, then hope they'll forgive you. you did your part the rest is up to that person)

how long i can last.. no one know.. until one day i lost my sense maybe, degree of reasoning hit ZERO..

tell someone i like and sorry before anything happen would be the best way.. movie teach us a lot..
better not to regret anything later..
(i'll continue believe and do as long as i remember how to do it)

recite sutra maybe can help me a bit..
amitabha
Posted by nightangel87 at 21:25 No comments:

for some reason my stress won't go away after my exam...
getting worst day by day...
try to get attention... end up getting tension... lol
try to make an impression... end up look more idiotic...

the day before it burst... always sulk into deep blue sea...
seeking comfort from ppl around me...
not a good idea because always got the wrong idea since the path we walk is different...

last resort...
came out with a plan to ask my friend a helping ears..
he agree...
but i forget what to ask him...
so i say wait until you finish your activity then we have a small talk please..
kindly he reply yes :)
Posted by nightangel87 at 17:07 No comments:

all start when i make a mistake for not informing what i take from a person...
make ppl angry then i have a sudden dizziness and then a headache...
i was cleaning my cloth. thinking of cleaning every single dirty cloth in my room
taking 1st batch of clothing to wash then i go retrieve my pendrive from a friend.
reach home seeing a basket of cloth in the middle of the walkway...
"continue wash 2nd round" my mind is thinking...
adding soap take out the cloth "hmm.. how come the shirt look different???" my mind is talking again...
"Oppsss... Aaaaaa... its not my cloth" my mind is shouting,
looking at the cloth spinning in the soap water...panic suddenly thinking wat i should do... ask my friend opinion.. saying " you should just wash it, spin it and dry it"
care nothing more i just continue knowing wat will happen if been found out tat laundry is gone...
just as i thought i was scold ( tats wat i know from the tone of voice ) " how come you can mistaken for your own cloth "
wat can i say? it just happen so...
"slaM!!!! i close my room door..."
:)
Posted by nightangel87 at 23:25 2 comments: 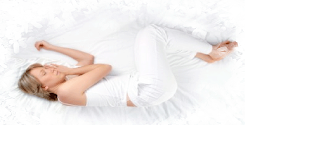 Those who suffer from hypersomnia have recurring episodes of excessive daytime sleepiness (EDS) which is different from feeling tired due to lack of or interrupted sleep at night. They are compelled to nap repeatedly during the day, often at inappropriate times such as at work, during a meal, or in conversation. These daytime naps usually provide no relief from symptoms.

Patients with hypersomnia also often experience prolonged sleep at night and have difficulty waking from long sleep, feeling disoriented upon doing so. Other symptoms may include anxiety, increased irritation, decreased energy, restlessness, slow thinking, slow speech, loss of appetite, hallucinations, and memory difficulty. Some patients lose the ability to function in family, social, occupational or other settings. Typically, hypersomnia is first recognized in adolescence or young adulthood.These symptoms are present in both types of hypersomnia. A sufferer from primary hypersomnia displays these symptoms continually for months or even years. Recurrent hypersomnia is characterized by recurring periods of symptoms many times throughout the year mixed with periods of normal sleep-wake cycles. Kleine-Levin syndrome is the most well-known form of recurrent hypersomnia, though it is very rare; sufferers often sleep up to eighteen hours a day and yet do not feel refreshed upon waking.

Hypersomnia can be caused by brain damage and disorders such as clinical depression, uremia and fibromyalgia. Hypersomnia can also be a symptom of other sleep disorders such as narcolepsy, sleep apnea, restless leg syndrome and periodic limb movement disorder. It may also occur as an adverse effect of taking certain medications (i.e. some psychotropics for depression, anxiety, or bipolar disorder), of withdrawal from some medications, or of drug or alcohol abuse. A genetic predisposition may be a factor.

People who are overweight may be more likely to suffer from hypersomnia. Although studies have shown a correlation between a lack of sleep and weight gain, sleeping at the level of a hypersomniac can also lead to considerable weight gain. This is because excessive sleeping decreases metabolic energy consumption, making weight loss more difficult. Sleep disorders of this nature provoke or initiate weight gain due to a tendency to attempt to manage low energy levels by eating non-complex carbohydrates.[citation needed]

Another possible cause is an infection of mononucleosis, as several instances of hypersomnia have been found to arise immediately after such an infection. It can also be caused in children by influenza.

When the cause of the hypersomnia cannot be determined, it is considered to be idiopathic hypersomnia.

Hypersomnia is an uncommon disorder, less than 5% of adults complain of EDS. The disorder usually occurs between ages 15–30 and develops slowly over a period of years

To be diagnosed with hypersomnia, one must display symptoms for at least a month and the disorder must have a significant impact on the patient's life. The diagnosis is not given if the hypersomnia is a result of medication or of another disorder

From the website of the US National Institute of Neurological Disorders and Stroke:

Treatment is symptomatic in nature. Stimulants, such as amphetamine, methylphenidate, and modafinil, may be prescribed. Other drugs used to treat hypersomnia include clonidine, levodopa, bromocriptine, antidepressants, and monoamine oxidase inhibitors. Changes in behavior (for example avoiding night work and social activities that delay bed time) and diet may offer some relief. Patients should avoid alcohol and caffeine.

These drug therapies may or may not work; hypersomnia is a lifelong disorder and recent research theorizes to treat the hypothalamus as a probable solution.
Posted by nightangel87 at 01:25 1 comment:

something i know but i thought i already manage it..

Change of a Man

all fragment memory.. hope i'll be better after i write it out...
no one to listen to it...

the way you speak is monotone( no feeling ), can you even feel what ppl feel?
FUCK YOU... the way i speak got nothing to do with i can feel others feeling... can you feel it?

racist here and there... you racist ar.... and now i think i'm going racist in the house

feeling of being neglacted... no one care about it because its non of their business...

every action i did like a gay... the more gay you think i am the more gayer i'll be...
how can i live like that...
hoping you would change me after the contamination... FUCK YOU!!! you made it worst

asking me to trust you... but you betray someone that trust you in front of me... and you ask me to help you with it too... can't you just be honest about it? just that you forget about and it nothing big.. is lying needed?